Barbara Fiebich is the director of Specialty Examination in the SB/SE Division where she is responsible for providing executive leadership and direction in coordinating the examination of employment, excise, and estate and gift taxes. She is also responsible for IRS regulatory activities promoting compliance with the Bank Secrecy Act. Prior to this position, Barbara served as a Project Director for the SB/SE Commissioner and was responsible for partnering with senior and executive level representatives on the Future State initiative. Barbara previously held the position as the director of Examination Specialty Policy& Quality. In this role, she provided executive oversight for policy and guidance involving tax matters in the Excise, Estate and Gift, and Employment Tax programs. She also had responsibility for overseeing the policy operation for the Bank Secrecy Act program. Barbara has also served as the director of Examination, Operations Support, providing executive oversight on budget, hiring, training, strategic planning and automation. She also served as acting area director in the North Atlantic and Central Areas and as the acting director of Examination Policy where she provided oversight and coordination of examination policy matters. Barbara began her IRS career more than 27 years ago as a revenue agent in Norwalk, CT. Barbara also served as an executive co-leader on the Exam Employee Engagement Council and was one of the creators of the SB/SE Executive Prep Program for aspiring executives. She was the project leader on the Compliance and Enforcement team in the Return Preparer Implementation Project Office. Barbara is a graduate of the Summer 2011 Candidate Development Program. She earned a Bachelor of Science in Accounting from Central Connecticut State University. Born and raised in Connecticut, Barbara currently resides in Maryland. 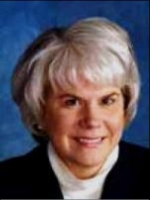