Chris Huebner has over two decades of diverse aviation experience including various roles in military aviation, general aviation, government regulation, and higher education.  Originally trained as a Naval Aviator, Chris currently works as the Director of Safety & Regulations for The Albers Group.  Previously, he worked for the Federal Aviation Administration (FAA) as an Aviation Safety Inspector (ASI) where he was instrumental in forming the part 107 waiver application along with the associated means of compliance.  Chris is also an Assistant Adjunct Professor for Embry-Riddle Aeronautical University and has authored multiple articles that appeared in FAA and Navy publications. 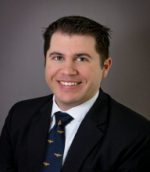