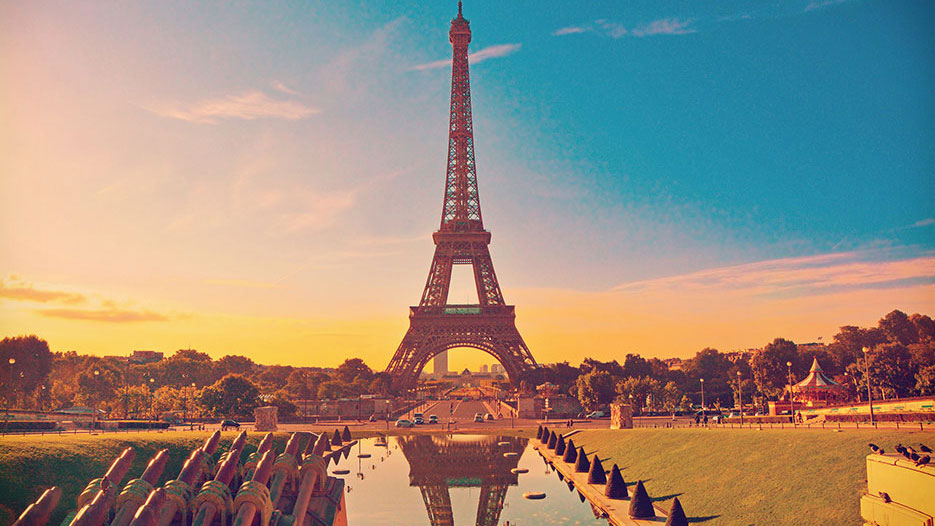 This course will teach you how to communicate easily and comfortably with those who speak French. You'll learn practical, common phrases that will make your trip to the many French-speaking regions of the world more pleasant. You'll learn dialogue specific to various settings, and you'll be surprised how easy it can be to speak another language!

Each lesson introduces a scenario, presented in short dialogues. You'll be able to practice and learn both sides of the conversation, so you'll easily understand and expect common responses. Every lesson also has cultural tips, which will make you more comfortable in a foreign setting.

Since proper pronunciation is important to good communication, this course will help you master the best pronunciations. Simply click on each word to hear it spoken! Every word and sentence is also written out phonetically using sounds that you are already very familiar with from English words. This course has been carefully crafted to ensure you will have no trouble pronouncing French words correctly.

The first three lessons give you an introduction to the basics you'll need for most conversations, such as "please" and "thank you." You'll also learn numbers, days of the week, months of the year, and telling time.

After the introduction and basic conversation lessons, you'll learn what to say at the airport. Then, you'll need to get to your hotel, so the next lesson teaches you about transportation. The following lesson will show you how to talk to hotel employees. After you're settled into your hotel, you'll probably be hungry, so next you'll learn about restaurants. The entire course is structured in this logical, systematic method. Since each lesson presents its own setting, you will want to print your lessons and take them with you on your trip for quick reference.

Each lesson also includes cultural tips. Hand and body gestures mean different things in different cultures. For example, do you know the proper way to point to avoid offending people? This course will tell you. That tip and the many others that you will learn will help you better blend in and avoid misunderstandings when you travel.

This course makes learning French fun and surprisingly easy. You'll be pleased with your quick progress, and you'll be prepared for your next trip!

What You Will Learn

In this first lesson, you’ll learn the basics of pronunciation. Good pronunciation will help you communicate with native speakers. First, you'll learn how to pronounce vowels. French uses the same alphabet as English, and the vowels are the same. Then we'll move on to the consonants. After that, you'll learn about stressing syllables and linking words together.

In your second lesson, you finally get to use all that pronunciation in some real sentences. We'll start with some basic information and a few rules. Then we'll move quickly to common words and some easy sentences. Finally, we'll talk about the weather and introduce numbers.

Today you'll learn numbers.  We'll start off by reviewing what you've already learned. Then we'll move on to the teens and twenties. We'll keep going all the way to a billion! You'll also learn the days and months. Calendars are a little different in France, and you'll learn how to read them. You'll learn words for today and tomorrow. Next, you'll learn how to tell time in French. Time is important to travelers. You don't want to be late for the opera!

Welcome to France! We're finally getting to the exciting part! In this lesson, you'll learn all about transportation. We'll start out at the airport. Then you'll learn words about taxis, buses, trains, and my favorite, the subway.

In the seventh lesson, you’ll learn about currency and different types of communication. First, you'll learn about money in France. Then we’ll move on to telephones, the mail, and technology.

In this lesson, you’re going to learn how to talk about shopping in French. First, you’ll learn words that are used in all stores. Then we’ll talk about souvenirs. You can’t go on a trip without buying souvenirs!

In Lesson 9, you’re going to learn French for lots of different forms of entertainment.  We’ll start with the radio. Then we’ll move on to television and movies.  You’ll also learn about sports and beaches.  Then we’ll talk about the circus and fairs. Finally, you’ll learn about zoos and amusement parks.

Today we’re going to talk about more entertainment options. We’ll focus on cultural tourist spots. We’ll start with museums and then move on to castles and cathedrals. France is famous for its castles, and everyone should see at least one. Then we’ll talk about the theater. You’ll learn words for plays, musicals, operas, and concerts.

Lesson 11 - In Case of Emergency

In this lesson, you’re going to learn about emergencies. I hope you’ll never need to use this lesson. Life is unpredictable, though. It’s helpful to familiarize yourself with these words. Then, to lighten things up a little, we’ll be talking about French phrases. You’ll learn exclamations, as well as a few French proverbs and idioms.

Lesson 12 - Putting It All Together

In your final lesson, we’ll start our review. We’ll go over a few key points, such as pronunciation and linking words. You’ll even get a little more practice on those cumbersome nasal vowels. Then, you’ll learn how to make your own sentences. I’ll teach you some simple sentences. All you have to do is plug in the word you need.  Next, you’ll learn how to ask questions, and we'll cover a little sentence structure. Finally, you’ll learn some fun slang.