Robert McIntosh is a native of Lynn, Massachusetts, and graduated Lynn English High School in 1969. He studied architecture at Rensselaer Polytechnic Institute in Troy, New York, class of 1973, where he earned a Bachelor of Science in the Building Sciences.

In 1977, He married Bliss White, who had built a house on her family’s farm in Cambridge, NY. They have two daughters, Annika, and Helen. In 1993, when Annika was 14, she said she wished she could play the bass.

At the time Robert was a cabinetmaker. A friend, fiddler George Wilson, gave him a wrecked bass that was in his woodshed. His violinmaker friend, Geoffrey Ovington, offered his guidance, which carried Robert as far as setting the neck, for which he would need the advice of a bass expert. Geoffrey introduced him to John Feeney who was in town to play the Dvorak Quintet. John urged Robert to call Lou DiLeone, the master bass restorer who had worked on his own bass. This serendipitous introduction was a turning point in Robert's life. Lou DiLeone was the teacher that his 20 years as a cabinetmaker had prepared him for.

For 25 years Robert's clients have included local high school students and the bass section of the Met. He just completed his 12th handmade bass. He received a Certificate of Merit for Tone at the 2015 ISB, a Silver Medal for Tone a the 2016 VSA, and an Honorable Mention Convention Favorite at the 2017 ISB. 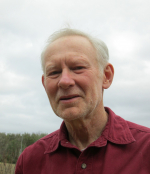