Steven Scudder was counsel to the ABA Standing Committee on Pro Bono and Public Service from October 1994 through March 2018. He graduated from the Franklin Pierce Law School in 1983, was in private practice for a short time, and then became director of the New Hampshire Pro Bono Program. For 10 years he led that program and the bar’s other lawyer referral and public service initiatives. Scudder had been doing consulting for the ABA Center for Pro Bono since 1986 and in 1994 was hired as the Center’s director. In 1996 he became counsel to the ABA’s Pro Bono Committee. During his tenure at the ABA Steve led many successful pro bono initiatives, spoke and wrote extensively about lawyer volunteerism, and provided extensive consultation to programs across the country. He is a recipient of the UNH School of Law Bruce Friedman Pro Bono Award (2013), the New Hampshire Bar Association’s L. Jonathan Ross Award for Outstanding Commitment to Legal Services (2011), and the National Association of Pro Bono’s William Reece Smith Jr. Special Services to Pro Bono Award (2008). 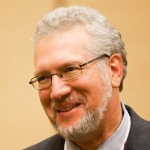