Charles Wolf is a retired Music Educator from California, after 35 years teaching Instrumental music in San Diego County, Orange County, and the Los Angeles City public schools. He holds a Bachelor of Music Degree in both Music Education and Music Performance, Master of Music Degree, a Clear-Life California Teaching Credential, and a Tier 1 Administrative Credential.

Charlie found that his passion for teaching music to students quickly called him to service, and the rewards of his students’ success are many, including his ensembles being invited to perform at Carnegie Hall, Symphony Hall in Chicago, the Hawaiian Invitation and many more. Having been honored with Teacher of the Year three times in his respective school districts, the City of Chula Vista (CA) three consecutive years, named “Orchestral Director of the Year,” and twice Band Educator of the Year in San Diego County, Charlie’s awards are representative for his devotion to the Music Education of his students.

Now, Charlie enjoys conducting honor bands and orchestras as a means of helping young musicians receive another perspective and higher-level skills within an honor ensemble. He is a “Head Judge” in the Southern California School Band and Orchestra Association where his critiques of festivals and marching band field tournaments allow him to coach and assist other music educators.

While still in high school, Charlie became the stringed instrument and bow repair technician for one of the largest music stores in Orange County, CA. The store serviced many of the surrounding schools and school districts, and Charlie soon became proficient in expedient and quality repairs - a specialty he enjoyed (and still does) was to re-hair bows.

Always wanting to return to one of his first passions, Charlie owns and operates a highly successful Orchestral String Repair & Sales business called All Four Strings: selling and repairing violins, violas, cellos, and double basses, along with their bows and accessories.

He is a student of Lynn Armour Hannings, George Rubino, Francis Morris, Paul Wiessmeyer, Jay VandeKopple, Chuck Sazone, Mike Dadonna and Robert McIntosh and returns each summer to UNH to further his depth of understanding and techniques with repairs and restorations from the amazing teaching staff. Charlie is often invited to schools, school districts and conferences to help music educators understand how to maintain a healthy orchestral instrument and to identify when there are issues that should be addressed for repair.

He also enjoys woodworking projects at home and has his beautiful wife Magdalena to thank for her love, understanding and constant support. 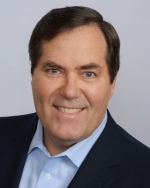