While in High School, Lynn studied bow rehairing with John Roskoski of Wurlitzer, New York. Attending New England Conservatory as a bassist, she began her bow restoration and bow making studies with William Salchow, focusing on cello bows. In 1982, Ms. Hannings was awarded a Certificate for Eminent Playability for a Cello bow by the Violin Society of America. After private instruction both in NY and at the UNH Violin Craftsmanship Institute, Lynn became Mr. Salchow’s teaching assistant at the Institute for ten years before taking over classes upon his retirement.

She received her degree of Journeyman from the American Federation of Violin and Bow Makers in 1984 and was elected to membership in 1985.  In 1989, Ms. Hannings was granted both a Fulbright Scholarship and an Annette Kade Fellowship for the Advanced Study of the French School of Bowmaking in Paris, France with Bernard Millant. Lynn became a member of the Entente Internationale des Maitres Luthiers et Archetiers d’Art in 2000. In 2011, she received the International Society of Bassists Special Recognition Award for lutherie. Ms. Hannings has studied musician’s injuries and received a degree from the University of New England to better serve her clientele. As a conservatory trained musician, performer, trained bowmaker and restorer, she has both the perspective and expertise to work with individual musicians from around the world to meet their unique playing requirements.

At the UNH Violin Craftmanship Institute, the focus in bow classes is on training students in time honored methods in an atmosphere of support and encouragement. With hands-on class experience as well as individual attention in Rehair, Bow Repair I and Bow Repair II, students can, with practice and refinement of skills, provide for their musical communities either as self-employed businesspeople or by becoming valuable assets to professional shops.

Ms. Hannings operates a thriving bow shop in her home in Freeport, Maine, splitting her shop time between making and restoration.  She is also a member of the Portland Symphony Orchestra. 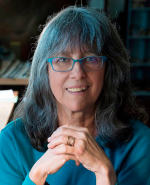