Susan McKenney, M.Ed., worked at Amherst Middle School until the spring 0f 206 as a learning specialist with a concentration in the area of executive function and now serves as an individual consultant. She partnered with her administration to create and structure The Learning Lab, a program to support middle school students who exhibit difficulty with executive function. In addition to spending eight years as a classroom teacher, Susan spent more than a dozen years as a case manager for middle school students before establishing the executive function program. A founding member of her school’s RTI Team which trained through the NH Department of Education in connection with the National Center for RTI, Susan served as the school’s RTI facilitator, tracking interventions and data for grades 5-8. In order to expand the proactive use of executive function strategies by students, Susan developed two executive function curricula, one for fifth grade students and the second for sixth grade students, both of which she delivered on a monthly basis. Susan presents to parents, students, and teachers to expand knowledge and understanding of executive function as well as promote the use of strategies with all groups. 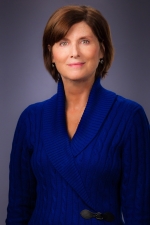